When I received our regular tasting updates from Caroline’s Fine Wine Cellar, a specific one caught my eye, I’d like to share it with our readers.  On Thursday, 1st of September 2011 Caroline’s will present Rosa Kruger and her Cape of Good Hope Range.  A range created in recognition of the Cape of Good Hope’s vinous heritage which stretches back more than 350 years to when the first Governor planted grapes. This range heralds utterly unique sites of ancient vines and pays tribute to those souls who have accepted their role as stewards of this remarkable vine and wine legacy. The wines are the result of these irreplaceable parcels of old vines being preserved and speak of an inheritance of terroir, climate, soil, aspect and grape variety. Everything about these special wines reflects the care taken in their preparation: hand-picking, hand-sorting, gravity processed and barrel fermentation. The labels reflect not just the grape variety but the special place of origin and the singular characters behind them. Over the past four years Rosa embarked on a systematic search for these old vineyards and has now identified and listed almost 70 blocks of vines which are older than 40 years,  with a few of them even older than 100 years. And there’s a story attached to each one – remarkable tales of survival against the odds. Many of these vineyards are of significant academic or viticultural interest. A unique tasting indeed! 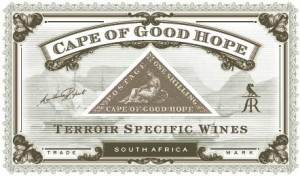 Obviously wanting to know more, we then did a bit of research and came across this wonderful article by Myrna Robins.  It was 1882. Up north, war clouds gathered as tensions increased between Transvaal Boers and Britons. Cecil John Rhodes and Charles Rudd mulled over the development of their recently established De Beers mining company as construction of the Cape-to-Kimberley railway line progressed. Cape wine farmers were systematically and nervously examining their vines for signs of phylloxera. In the Breedekloof, near the present Du Toitskloof Pass, a farmer planted a vineyard of hanepoot grapes.

A century passed, then another two decades. As the dust of a new millennium settled, a woman with a mission came upon this vineyard, somewhat neglected but still bearing grapes. So far, this is the oldest of the Cape heritage vineyards that viticulturist Rosa Kruger has unearthed on her odyssey through the Western Cape.

Kruger, holder of four degrees in journalism and law, tossed aside her previous careers in favour of working in vineyards. After experience in Elgin, Helderberg and Noordhoek, she accepted a post at L’Ormarins, home of Rupert wines, outside Franschhoek. This self-taught viticulturist had long appreciated the stellar qualities found in wines made from venerable vines in Europe.

They had an intensity and depth of flavour and structure surpassing grapes from younger vines.

She set out to discover what vinous treasures were being harboured on remote Cape farms.

Letters to farmers were dispatched, asking if they had vineyards older than 40 years.

The response was encouraging, and Kruger, often accompanied by Eben Sadie of Sadie Family Wines, set off on journeys which took her to the Klein Karoo, to the citrus country, to the West Coast, the Robertson valley, Stellenbosch, the Paardeberg and the Helderberg.

And she struck gold, assembling a treasure trove of cultivars on her travels: a lot of chenin, cinsaut and palomino. But also hanepoot, raisin blanc, muscat, semillon, Grenache noir and more. Usually immensely practical, Kruger can get a little misty-eyed when she wanders through a mountain vineyard that has been budding, flowering, fruiting and shedding its leaves since the Union of South Africa came into being in 1910.

Those she deemed worthy of restoration were listed, and their owners advised. Thanks to financial support from Rupert, partnerships with these farmers were formed. She offered advice and helped restore the vines to fruitful life over the next couple of seasons.

A few of them have already been incorporated into a new range just released at L’Ormarins, others are awaiting interested investors.

In 2007, L’Ormarins red winemaker Dawie Botha made a pinotage from a 40-year-old Swartland vineyard on the Basson farm Nooitgedacht in the Paardeberg. High altitude bush vines yielded berries that have been transformed into a seductively floral wine, quite delicate for a pinotage, but with lingering flavours and satisfactory structure.

It’s a fine example of the exciting heights this indigenous grape can reach. The second red is a merlot, made from a small non-heritage block in what is now residential Somerset West. The Parel Vallei farmstead merlot is well-rounded and will appeal to many palates.

Last year cellarmaster Neil Patterson increased the new range with a trio of whites, the most outstanding of which is a semillon, made from a 50-year-old vineyard high on the Skurfberg, a stretch of farmland between Lamberts Bay and Clanwilliam. The vineyards are edged with wheat, apricot orchards, rooibos tea and fynbos. The wine is a triumph – citrus and granadilla on the nose carrying through to the palate, followed by creaminess that is balanced by flint – adding up to brilliant complexity.

The Stettyn mountain slopes near Villiersdorp yielded the chardonnay grapes that have been transformed into the carefully wooded Cape of Good Hope Serruria chardonnay, which doesn’t overpower but offers an array of delicate, delicious flavours.

Back to the West Coast region, where old chenin on the Skurfberg mountains, having thrived in red sand for some three decades, now reveal their potential in a delicious rich wine, tangy, well balanced after being aged in old large French barrels for 10 months.

The five form the Cape of Good Hope range, which was presented for informal sampling at a function at L’Ormarins recently, after a formal tasting of international wines. The latter had been carefully sourced in Europe and Australia as they, too, were produced from very old vineyards, the oldest being Grenache and shiraz from the Barossa valley aged between 120 and 130 years.

Host Johann Rupert stressed that young winemakers need to be made aware of these revived vines, and use the grapes in their wines. The farmers’ contact details are on the website http://www.rupertwines.com.

While making scathing remarks about the standard of wine journalism in South Africa, he nevertheless exhorted those writers present to spread the word, so that adventurous producers can take advantage of the unique qualities of these veteran vines.

Kruger hasn’t completed her mission yet, as she intends to hunt down archaic shiraz in South Africa and plans to import a few antique cultivars from the Old World.

Right now she is in Eastern Europe, advising vineyard owners on how to restore their ancestral vineyards. Her quest has afforded her great joy for several years, she says. Her efforts are benefiting rural custodians in far-flung corners of the Cape and will be appreciated in future by consumers enjoying the unique qualities of wines yet to be made.