Road Travel has several exciting scheduled safaris for Tanzania in 2012, focusing on the annual wildebeest migration and the animals they interact with.  The Serengeti and the Wildebeest that move through it are in constant motion dictated by the seasonal weather patterns.  The photo-safaris are targeting to different migration experiences.  The calving season in the Southern Serengeti Ecosystem in the beginning of the year and the dramatic scenes of thousands of wildebeest crossing the numerous river in the northern reaches of the Serengeti National park as the animals move northwards in search of grazing.

The Predators of the Serengeti Safari will run from 11 – 20 March 2012.  The core feature of this safari is to photograph the predators of the Serengeti eco-system.  The safari is timed for the period when the wildebeest are calving in the southern area of the Serengeti and Ngorongoro Conservation area.  They have followed the rains south to have their young when the new shoots of fresh green grass are sprouting in this region of the Great Rift Valley.  With so much inexperienced prey around, predators and prey interact daily.  Resident territorial predators start hunting in Ernest, while Nomadic predators that have been following the herds move through these local territories and there is often interaction with the resident predators. 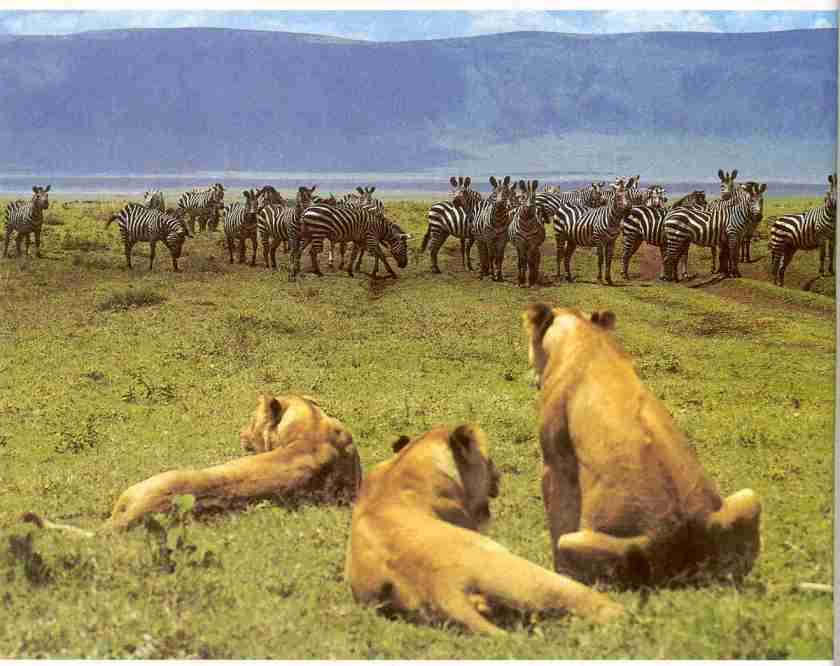 Nights are spent mostly under canvas, and you will be hosted at the seasonal camps in the southern Ndutu area of the Serengeti eco-system, as well as spending time in the centrally located Serengeti Wilderness Camp.  Inside your spacious safari vehicle you will find a selection of reference books on Tanzania’s parks, history, its flora and fauna, and a cool-box with drinks.  In the specially customized extended land-cruisers the windows are enlarged and the roof height extended to allow ease of photography and game viewing, with plenty of room to stretch your legs.  The standard  land cruisers are also very comfortably customized for safari and both types of vehicles have game viewing hatches that allow 360 degree views.  Your guide and their assistants are experienced professionals who will prioritize your comfort and safety as well as ensuring optimal game viewing opportunities throughout your safari. 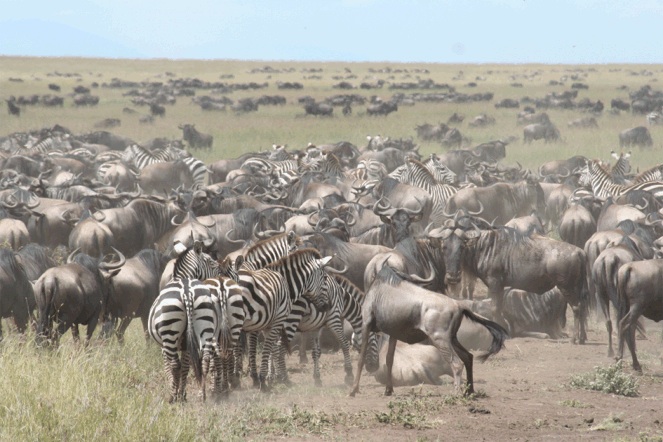 The Migration Hunter, In search of a crossing Safari will run from 3 – 14 August 2012.  It is a photograph on everybody’s wish list, to capture the annual Wildebeest migration as they crisscross the plains in search of grazing.  With numerous rivers acting as natural barriers to the moving herds, it’s an epic sight as thousands of wildebeest pack the side of one the many riverbanks blocking their path.  As the numbers grow the pressure at the front gives in and the crossings start.  With predators hunting on each bank, crocodiles lurking in the water and strong currents, it’s a treacherous journey.  These crossings don’t happen everyday, and getting into the right areas at the right time is vital to try to successfully photograph this epic event.  This is the main photographic target, but photographing all aspects of this annual migration will not be avoided, and do remember that although we are picking the one of the best times of year to travel and witness this, sightings of this nature are not guaranteed.

The Serengeti is unequalled for its beauty and contains more than three million large mammals spread over the vast endless plains.  It is here, at certain times of the year, that we may encounter the breathtaking spectacle of the annual wildebeest migration, where one and a quarter  million wildebeest trek in columns of up to forty kilometers long in search of grazing, drawing with them their predators and numerous other species of game.  From January to March the herds can largely be found in the southern area, proceeding north through the centre and Western corridor during June and July before entering Kenya’s Masai Mara.  They return south in November to repeat this amazing instinctive procession all over again.

Africa’s most famous national park covers an area of almost 15 000 sq km and is world-renowned for its dense predator population and the annual wildebeest migration.  The park is part of the much larger Serengeti eco-system, which includes Kenya’s Masai Mara Game Reserve, and encompasses more than double this area.  The greater part of the park is open grassland, patches of acacia woodland and isolated areas of granite rock outcrops called koppies.  Animal migration is linked to the annual rainfall patterns and its effect on their feeding habitats.  Formerly the home of the Maasai tribe who displaced the Datoga pastoralists in the 17th century, the name Serengeti is derived from the Maasai word serengit, meaning “endless plain”.  The national park was created by the Tanzania Government in 1951 and became famous through the work of Professor Bernard Grzimek (in particular his book “Serengeti Shall Not Die”).

Huge herds of wildebeest and zebra can be found here along with smaller concentrations of Thomson’s gazelle, Grant’s gazelle, impala, kongoni, Kirk’s did dik, klipspringer and small numbers of roan, oryx, oribi, eland and waterbuck.  There are also significant numbers of buffalo, giraffe and warthog.  Elephants are relatively scarce on  the open plains, more common in the northern areas and the western corridor.  The few remaining black rhinos are restricted to an inaccessible part of the park.  But the most popular animals to be found here in greater abundance than elsewhere on the northern circuit are the cats.  Lions, cheetahs and leopard may all be seen here along with other predators, such as the spotted hyena, golden and back-backed jackals, wild cats and servals. Contact us to find out more.