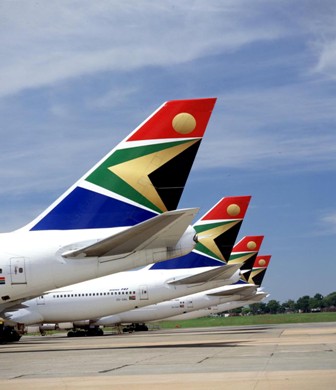 SAA has been issued with a fine of US$55 000 (R435 000) by the US Department of Transportation (DOT) for violating federal aviation laws and the department’s rules prohibiting “deceptive price” advertising in air travel. In addition, Destination Southern Africa, which promotes air travel packages for the airline as well as its own tours, was fined US$20,000 (R159 000).

These penalties follow a U$20 000 (R159 000) fine in September 2010 against Lion World Travel, another ticket agent marketing tours for South African Airways, for violating the department’s full-fare advertising rule.

“When passengers shop for an airline ticket or air tour, they have a right to know the full price they will have to pay,” said US Transportation Secretary, Ray LaHood. “We expect airlines and ticket agents to treat their passengers fairly, and we will take enforcement action when they violate our price advertising rules.”

An investigation by the department’s Aviation Enforcement Office found that ads on both companies’ websites failed to adequately disclose government taxes and fees that were in addition to the advertised fare. The ads also did not properly disclose that the air and hotel tour prices were available only with double occupancy. When consumers clicked on a link next to the fare listed on the homepage, they were taken to a second page where they could select a specific vacation package. Only after making a selection were they taken to a third page where they could see the taxes and fees and the requirement for double occupancy.

According to the DOT, the websites violated its rules requiring any advertising that includes a price for air transportation to state the full price to be paid by the consumer, including all carrier-imposed surcharges. The only exceptions currently allowed are government-imposed taxes and fees that are assessed on a per-passenger basis, such as passenger facility charges, which may be stated separately from the advertised fare but must be clearly disclosed in the advertisement so that passengers can easily determine the full price they must pay. Internet fare listings may disclose these separate taxes and fees through a prominent link next to the fare stating that government taxes and fees are extra, and the link must take the viewer directly to information where the type and amount of taxes and fees are displayed. The DOT also requires advertisements for air transportation to clearly state major restrictions that apply to the fares. These rules apply to both US and foreign carriers as well as ticket agents.

Under the DOT’s recently adopted consumer rule that enhances protections for air travellers, carriers and ticket agents will be required, among other things, to include all government taxes and fees in every advertised fare beginning January 24, 2012.