We Love Soweto, its a place of contrasts with the same vibrant feel as Johannesburg, with a cheerful energy and a bustle of activity.  This is the perfect place to learn to understand what the words “Rainbow Nation” really mean.  Here you’ll find rows of tin shanties and luxurious mansions, piles of garbage and pitted roads which offset green fields and rustic streams.  Soweto is the most metropolitan township in the country, setting South African trends in politics, fashion, music, dance and language.

Soweto may sound like an African name, but the word was originally an acronym for “South Western Townships”.  Soweto is a melting pot of South African cultures and has developed its own sub-cultures.  Afro-American influence runs deep, but is adapted to local conditions.  In their speech, dress and gait, Sowetans exude a sense of cosmopolitan sophistication.

The establishment of Soweto is, like Johannesburg, linked directly to the discovery of Gold in 1885.  Thousands of people from around the world and South Africa flocked to the new town to seek their fortunes or to offer their labour.  More than half the population was black, most living in multi racial shanty towns near the gold mines in the centre of the town.  As the gold mining industry developed, the need for labour increased.  Migrant labour was started and most of these workers lived in mine compounds.  However other workers had to find their own accommodation often in appalling conditions. 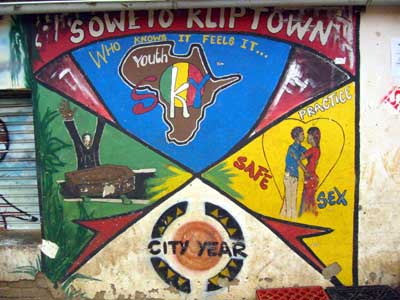 In 1903 Kliptown, the oldest of a cluster of townships that constitute present day Soweto, was established.  The township was created to house black labourers, who worked in mines and other industries in the city, away from the city centre.  The inner city was later to be reserved for white occupation as the policy of segregation took root.  Only black families were located into Klipspruit and the housing was on a rental basis.  Klipspruit was subsequently renamed Pimville.  Some residents were to be relocated to Alexandra township (near the present day Sandton).

During the 1930’s the demand for housing for the large numbers of black people who had moved into Johannesburg grew to such an extent that new housing was built in an area known as Orlando, named after the first administrator Edwin Orlando Leaky.  In the 1940’s a controversial character James Mpanza led the first land invasion and some 20000 squatters occupied land near Orlando.  James Mpanza is known as the “Father of Soweto”.

In 1959 the residents of Sophiatown were forcibly removed to Soweto and occupied the area known as Meadowlands. S ir Earnest Oppenheimer, the first chairman of the Anglo American Corporation, was appalled by the housing shortage and was instrumental in arranging a loan for the construction of additional housing and this is commemorated by the Oppenheimer Tower in Jabulani.

Since it came into being, Soweto was at the centre of campaigns to overthrow the apartheid state.  The 1976 student uprising, also known as the Soweto Uprisings, began in Soweto and spread to the rest of the country.  Other politically charged campaigns to have germinated in Soweto include the squatter movement of the 1940s and the defiance campaigns of the mid to late 1980’s.  The area produced many political, sporting and social luminaries, including Nelson Mandela and Desmond Tutu, who once lived in Orlando West.  Other prominent figures to have come from Soweto include boxing legend, Baby Jake Matlala, singing diva Yvonne Chaka Chaka, The Soweto Gospel Choir and soccer maestro Jomo Sono.

Infused with the history of the struggle against apartheid and abuzz with the energy of Egoli, the city of gold, Soweto is a must-see for visitors who are looking for a deeper insight into our country.  With heritage sites, restaurants and shebeens aplenty, Soweto is well worth visiting to experience the real South Africa – a place of friendship, vibrancy and contrasts. 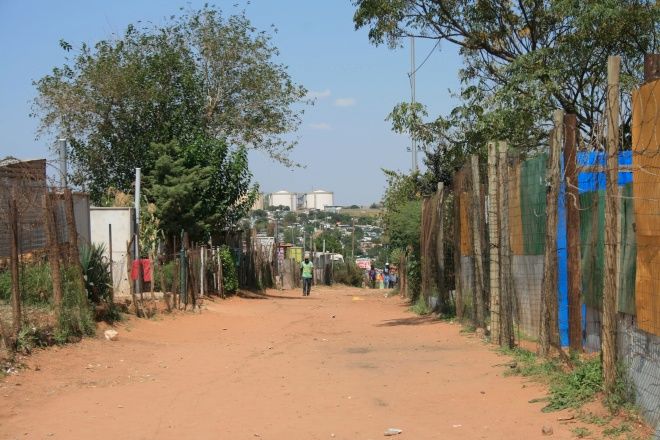 Soweto’s history and bright future has guaranteed it a place on the world map.  Those who know little else about South Africa are often familiar with the name “Soweto” and the township’s significance in our country’s past and future.  Contact us at Road Travel to experience the real Soweto.