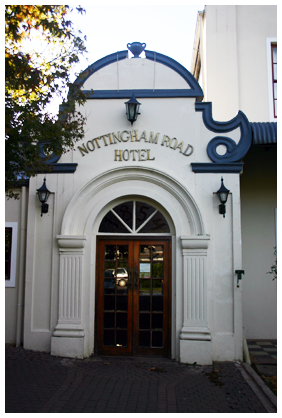 The Nottingham Road Hotel is situated an hour from Durban and half an hour from King Shaka International Airport in KwaZulu Natal, South Africa.  Notties, as the hotel has been fondly known by several generations, has been part of the little village of Nottingham Road since time immemorial.  It could even be said that the entire village sprang up around the beautiful old Hotel.  Within easy access to the Midlands Meander and its many attraction, with the beautiful Kamberg and Sani Pass close by, and the Nottingham Road Brewing Company only a stone’s throw away, this is a destination definitely worth visiting for a couple of days. 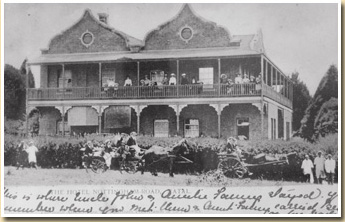 The Nottingham Road Hotel is an incredibly old building, so naturally it has to have a ghost.  Although no record of her death can be found, Charlotte was apparently a prostitute at the turn of the century.  She was either murdered or committed suicide when her love for a British army officer went unrequited.  Either way, her death involved a tumble over the balcony outside her favourite boudoir, Room 10.  The story of the ghost cannot be traced as records from the 1800’s were not completely accurate.  The hotel used to be a popular stop for British soldiers on their way to the interior during the Boer War.  Charlotte was allegedly a very beautiful prostitute but she was in love with one particular soldier. 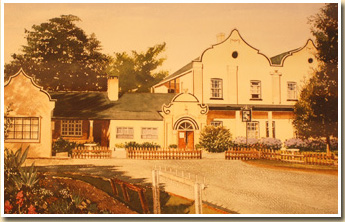 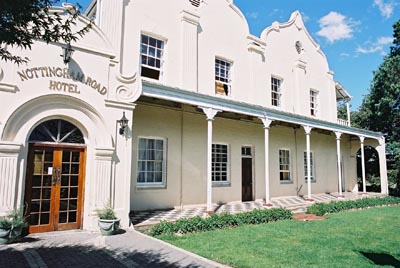 Charlotte has very particular tastes and is known to rearrange flowers to her own liking.  She also likes to move mirrors around, some say in order to show herself off to her best advantage.  Those who sleep in Room 10 will often find their clothes neatly folded the next morning and are often wakened by Charlotte having a lengthy conversation with an unseen friend.  She is also a bit of a tease and loves to ring the bell for room service to be brought to room 22, even though there is no such room.

Nottingham Road has the oldest pub in the KwaZulu-Natal midlands and over the years, many who have consumed copious quantities of beers and spirits in this cosy watering hole have seen strange sights as they have stumbled to bed.  Sightings of the beautiful ghost Charlotte have been consistent throughout the years.  She has often been seen in the hotel that was once her home and has become part of the legend that is the Nottingham Road Hotel.  Clive Foss, owner of the hotel, said that guests have reported having their bags unpacked and the taps turned on and off during the night.  Some have claimed that the pictures have been taken off the walls and laid on the floor.  Foss said that many visitors know about the ghost and some have unwittingly caught a glimpse of her in their photographs. “She is totally harmless and we think she likes it here,” he said.  “It’s a family hotel with traditional values and our customers think she adds a homely quality to the place.  When a building is this old, it is likely that somebody has died here.” 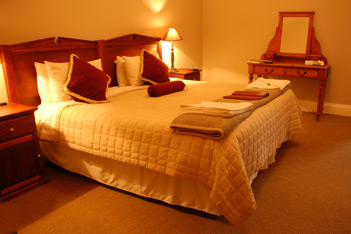 Charlotte is well known in the village, some folks have heard her, and some have seen her gliding round the corridors and down the stairs, just keeping a watchful eye.  Paranormal investigators believe that unquiet spirits have a reason for coming back.  The only way to find the truth is to sleep in Room 10.  This is no marketing gimmick, there is a ghost roaming the hotel.  Come and find out for yourself.  Spiritualists have seen her, children have chatted to the “nice lady”, but most people will only hear about her if they visit this rustic old hotel in the Nottingham area. 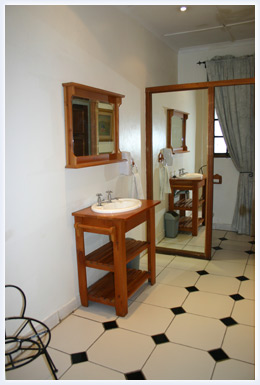