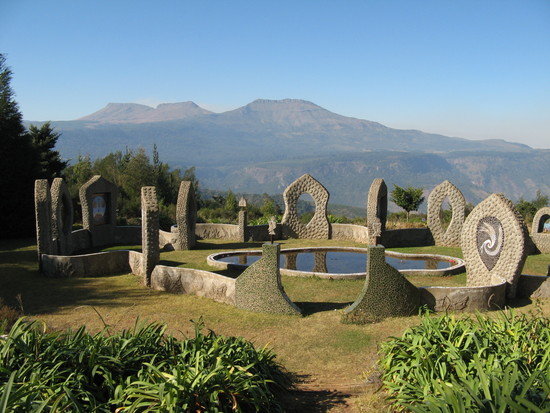 On the western end of the Amatola Mountains lies a village, overlooked by mountains and surrounded by indigenous forests that are centuries old, called Hogsback. It lies only an hour-and-a-half’s journey from Grahamstown, yet Hogsback may as well be in another world.  The village is magnificently sited on the slopes of mountains, overlooking the rivers and fertile plains of the Tyume Valley.  The name Hogs Back was referred to by Thomas Baines, the famous painter, on his travels in the interior in 1848.  The name is a term for a geographical feature, although some think it was named after Captain Hogg, commander of Fort Michel near TorDoone or even after the hog’s (pig’s) shape of the three peaks.  The mystery of the name forms part of the romance of this beautiful place of mist-wreathed forests and fantasy. 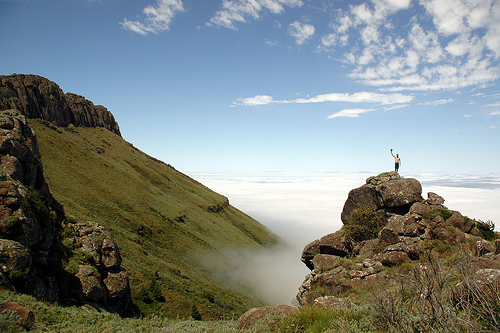 The beauty of the surrounds is said to have inspired J.R.R Tolkien to write his Lord of the Rings trilogy, so imagine if you can the dramatic splendour of the place.  The peace and quiet of the little village of Hogsback, the lower regions of which sometimes lie encased in snow during winter, are broken only by the intermittent call of the Knysna Lourie and the chatter of Samango monkeys; and if the forests don’t tempt you, the gardens of Hogsback will.  Among the early settlers was Thomas Summerton, a market gardener from Oxford, and his attempts to re-create the English countryside can still be seen in apple orchards, avenues lined with hazelnut, berry fruits and the flowering plants that have spread throughout the area.

The earliest inhabitants were the nomadic San peoples.  Their paintings captured the events of their lives and their spiritual awareness.  The paintings on Lowestoffe farm and further afield indicate that they were in this area.  Tribes of the Amaxhosa moved into the region from the 16th to the 18th century.  The San peoples were absorbed into the Xhosa culture or driven into Namaqualand.  In the middle of the 19th century English travelers passed through, mission stations opened and, during and after the frontier wars, burgers and settlers farmed.

The Xhosa people of the Tyume valley called it Bhukazana as described by Basil Holt: “The glories of the Tyhume region in scenery and story could be described adequately only in a book of poetry… Here the great curve of the Amatole Range holds in its embrace a valley of grace and beauty, equalled in few other places and excelled in none in South Africa…. Across the valley was the strange mountain the Xhosa called “Bhukazana”, with its three peaks of serrated ridges; and, between these and the Juanasberg, the Hogsback, but which the Xhosa called “Belekazana”, from its fancied resemblance, when seen from the Mnyameni valley, to a woman with a child on her back.”

The number of residents has increased and they organize events like the Xmas in July, Hogsback Arts Festival and the Garden Club’s Spring Festival.  Those who are privileged to reside in this heavenly citadel, are aware of their responsibility to care for this natural realm.  Although the village has grown there is a permanence about the place that makes it unique.  Many try to protect the streams, the indigenous forests, the simple style of life and nature in all its abundance and beauty. 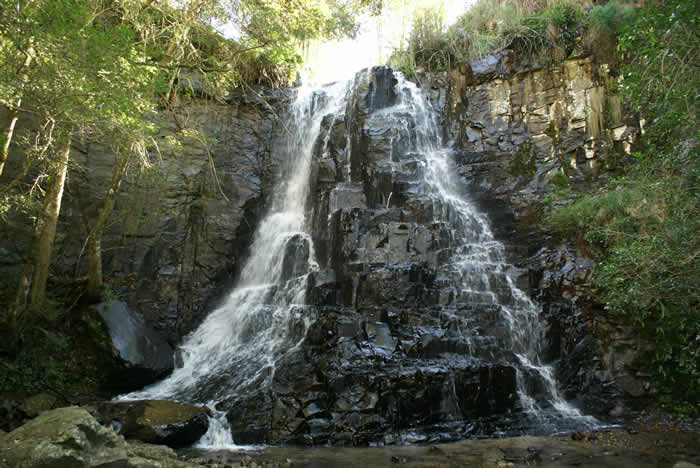 Hogsback is so beautiful that one can forget the other perspective of the paradox of the place.  Major poverty and inequality are challenges for the future.  There is a huge contrast between the forested mountain and the grassland valley.  Hogsback is a mountain citadel with restorative powers that draws out the good in people through its simple, natural way of life, the outdoor exercise, the joy of growing plants, the freedom of having time; all these help to capture its timelessness.

Hogsback is home to several accomplished artists, including painters, potters, poets, musicians, singers, and photographers.  Hogsback offers so much to those who want to break away from the rush of city life – walking, mountain biking, horse riding, bird watching, trout fishing, and mountain climbing.  Or simply relaxing, enjoying an aromatherapy massage, Indian head and shoulders massage, reflexology, or just enjoying a good book.

Hogsback is one of the few areas in the country where berries grow well.  Red, white and black currants, black berries, raspberries, logan berries, strawberries and English gooseberries all thrive in the region, and some local entrepreneurs are bottling and marketing these with great success.  An historic local landmark, the Hogsback Inn, in co-operation with the Department of Forestry, provides a useful service for walkers and others wishing to explore the area.  Contact Road Travel for more details and bookings.